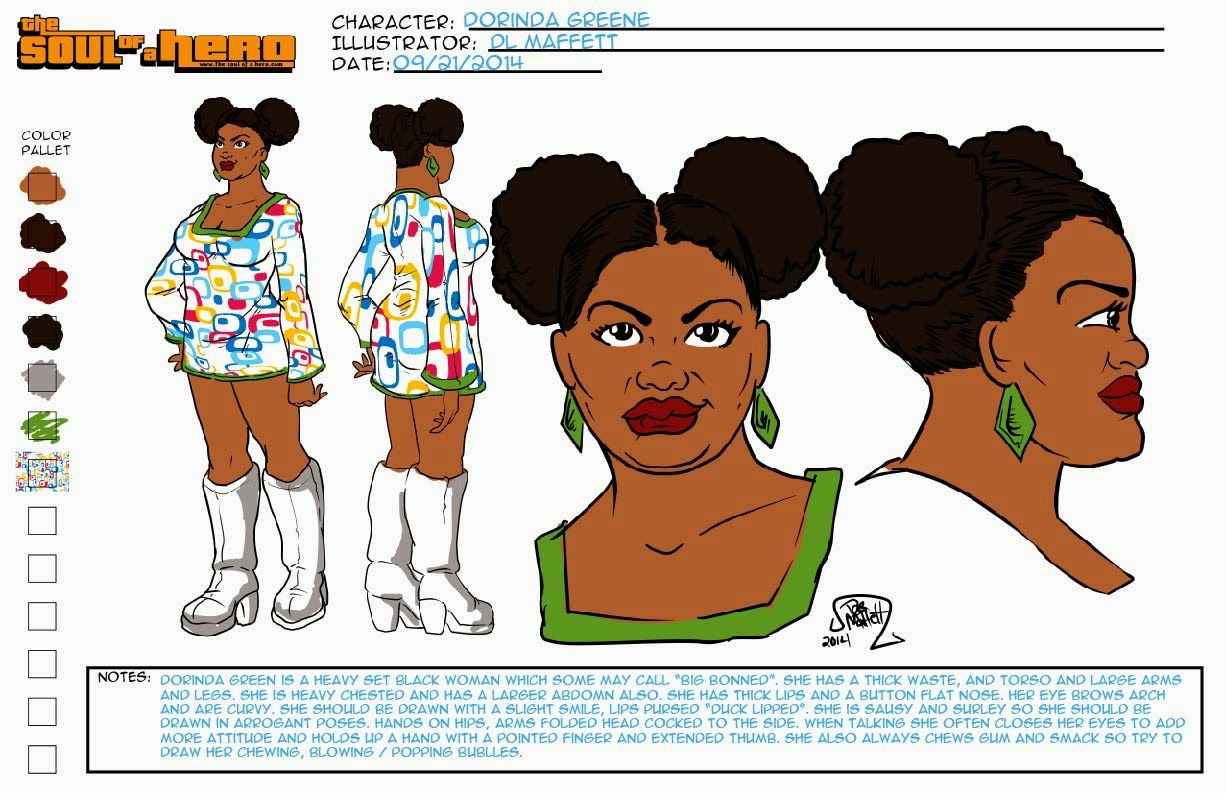 meet Dorinda Greene. She will be featured in this upcoming episode of The Soul of a Hero.  Dorinda started out (as her name sake) as a hommage to Nichelle Nichols. (you know Lt. Uhara from Star Trek) in her role as Dorina from the Movie Truck  Turner. Now Dorinda was off the damn chain. Ms. Nichols went totallyout of  her normal refined, regal and classy character and acted a damn fool as this female pimp gangster. I saw this movie as a kid and thought "Who is that fine foul  mouthed chick!?" I never realized until I became and adult it was Lt. Uhara. I then found out that the Gene Roddenbergh original name for the Star Trek series was "Dorinda in Space Runnin'  Sh!t" but the networks were racist and were not having it so they changed the name to Star Trek. I think that is why Star Trek conceptually sucks compared to Battle Star Galactica, but Battle Star  was not as successful as it could or could have because  make it because it failed to cast Nichelle as "Dorinda, Bad B!tch Space Cylon"   also in that series. But I digress enough about my Uhara stories and back to the art at hand.

The SOAH version of Dorinda has the same sass and fire and its hommage but I wanted a challenge, so chose to recreate the visual look of the character. And since Dorinda in SOAH is supposed to be a Bad Ass, the role needed someone who was cool, tough and looked like they could take a punch, all the while gussing up well. So I thought  hmmm? While watching Orange is the New Black episode where they did the back story of Cindy "Black Cindy" Hayes (played by Adrienne C. Moore) I thought, THATS IT! she is from pittsburgh AKA Steel CIty. She is defiantly a hard ass, and she gussies up well. It was a plus that she rocks the lady of rage afro puff from time time. So Adrienne C Moore was the new inspiration for Dorinda Greene. And there you have it!